TRA has an executive director who is appointed by the Board of Trustees and executives who are responsible for various aspects of agency operations. To contact a member of the executive team, email info@minnesotatra.org with the executive’s name in the subject line. 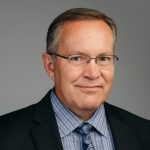 Jay Stoffel joined TRA in January 2014. Prior to this, Jay was executive director of the Duluth Teachers Retirement Fund Association for 22 years. He was manager of finance at the Public Employees Retirement Association from 1988 to 1992 and worked as an auditor in the Office of the Legislative Auditor from 1979 to 1988. He was on the board of the National Council on Teacher Retirement for nine years and served as president in 2015-2016. Jay earned a bachelor’s degree in business administration and accounting from the University of St. Thomas in St. Paul. 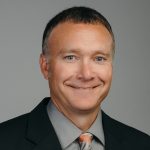 Tim was first hired in December 1998 as a Retirement Services Specialist. Tim served as TRA’s Planning Director from April 2011 to August 2012 with responsibility for maintaining and updating TRA’s strategic plan and for acting as the project manager for the TRA.NET project. Since August 2012 Tim has served as TRA’s Chief Benefits and Operations Officer overseeing TRA’s Operations Division. Prior to becoming TRA’s Planning Director, Tim served for four years as a Retirement Services Director for the Public Employees Retirement Association. Tim has a bachelor’s degree in Public Administration from Minnesota State University Mankato. 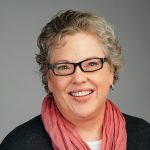 Leslie Nagel was hired in 2009 as the TRA Internal Auditor. Leslie is a Certified Public Accountant (CPA) and a Certified Employee Benefits Specialist (CEBS), as awarded by the International Foundation of Employee Benefit Plans. Previous to her employment at TRA, she was an Audit Manager for LarsonAllen, a regional public accounting (PA) firm. 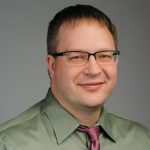 David Anderson joined TRA in July 2013. As CISO, he leads TRA’s strategic information security program and coordinates the evaluation, deployment and management of current and future security technologies. To accomplish this, he works closely with people from all divisions and levels of TRA to cultivate a culture of information security. He holds a Master’s degree in Information Security and Assurance and a Bachelor’s degree in Computer Forensics in addition to numerous industry certifications.